The Frightening Stairs of Maruoka Castle in Fukui, Japan 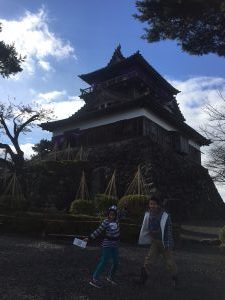 We are in Japan for the New Year with the grandparents. My wife, Yumi, has a friend who recently opened a hair salon in Maruoka (about a thirty minute drive from Fukui City). We went for haircuts and conversation. After that, we went a few blocks to Maruoka Castle.

Originally built in 1576, the current castle (see left) was rebuilt shortly after the Great Fukui Earthquake of 1948. It was rebuilt as the original including two sets of scary staircases. 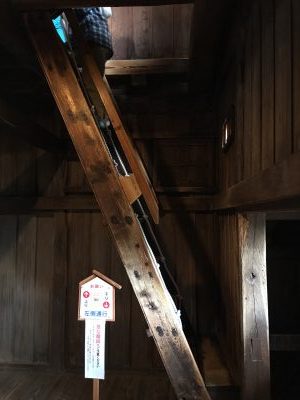 The scary staircase in Maruoka Castle

The staircases go almost straight up. There is a rope to hold on to, but there isn’t much room for error.

My daughter (age 8) had no problem going up, but when it came time to go down, well, there was a problem. Thankfully, we eventually all got down (I emphasize “eventually.”). 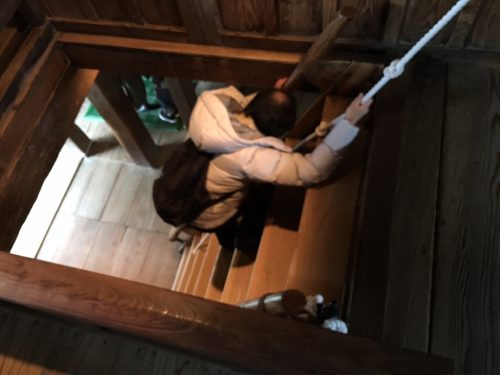