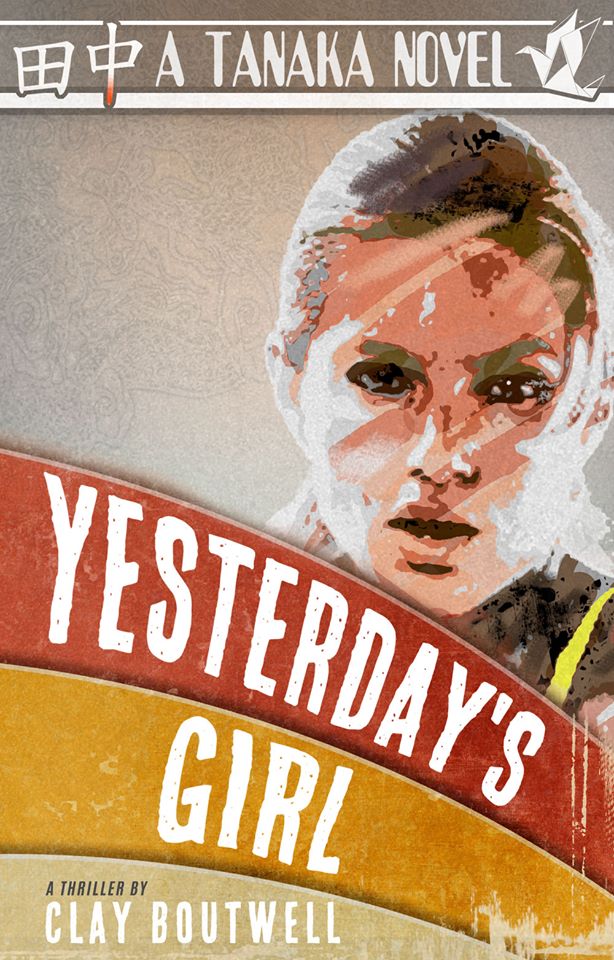 I’ve been working on a Tanaka novel recently. Tanaka is a thriller series I started years ago but never did much with. (I’m also finishing the next Agora mystery and editing the first Temporal novel) I hope to have this novel ready for the editor in 2-3 weeks.

Anyway, I thought I’d take a break with writing and try getting a cover started. “Yesterday’s Girl” may not be the final title, but I had to do something and I think I could work with that.

The story thus far… Akira Tanaka is an ex-Tokyo police officer who, back in the 80s, saved a US diplomat from an assassination attempt by a yakuza group. He worked with the CIA for a while, but after his wife’s death, he only wants a quiet life with his daughter.

But a quiet life doesn’t make for much of a thriller.

This novel involves an assassin hunting the father and two thugs trying to grab the 14 year old daughter. It’s about how father and daughter don’t let those two things happen.

Oh, and the “Yesterday’s Girl” is a reference to Emily, the 14 year old, believing she is stronger than she was a year before when she was kidnapped in the short story, Tanaka and the Yakuza’s Daughter. I guess, it should probably be “Not Yesterday’s Girl,” but … eh.