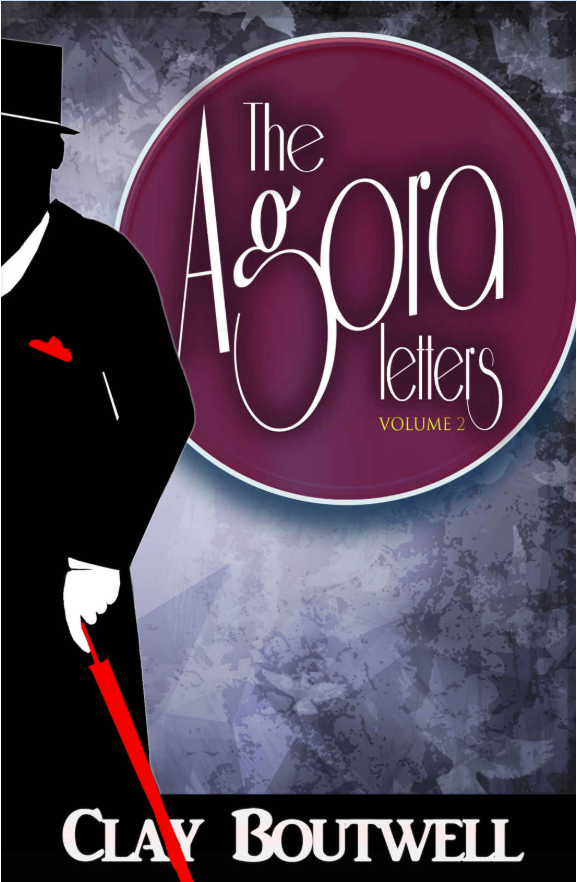 ” I have read the 5 mysteries when they came out separately, if you like historical stories and mysteries then these stories are for you. I enjoyed them very much! ”

Do you love a mystery? Murder, Mayhem, and the Gentleman Detective? The Agora Letters has five smart and savvy mysteries that will keep you guessing.

—
Carl Brooke, a scholar of ancient near eastern languages, now spends his twilight years chronicling the adventures of his youth as a leading member of the Agora Society, a society dedicated to the betterment of man.

Fans of Sherlock Holmes or Hercule Poirot will enjoy Carl Brooke and his Agora Society in these five very different cases.

6) Murder by Monday
A mysterious letter sends Carl Brooke and Rutherford Nordlinger off to the aid of a man who, accused of murder, is now threatened by the man he is said to have killed.

7) Eggs over Arsenic
An art critic is brutally murdered and the subject of his last review is suspected. Did the artist do it or was it one of the family members–all of whom had motive and opportunity?

8) Remember Thy Oath
A hidden identity. A mysterious priest. An oath left unfulfilled. Edison, the most proper member of the Agora Society, hides a past he thought was long buried. The sudden appearance of a strange priest, however, reveals secrets that demand Edison honor an oath made long ago.

9) The Felled Crabapple Tree
An anonymous telegram introduces Carl Brooke to both his future wife and her conflicted brother who harbors a dark secret from the Civil War. The discovery of a deliberately cut tree reveals the presence of a mysterious one-legged man and the possible reemergence of Carl’s nemesis, Thomas Drake.

10) The Eye of Bennu
Did Drake play a hand in Anne’s death? Can Carl stop Drake before he harms his daughter, Mary? Join Carl Brooke and Captain Barnwell on their final adventure together. Reeling from the horrific pain of the loss of Anne, his wife, Carl Brooke must face his ultimate nemesis, Thomas Drake.

GET ALL FIVE STORIES IN ONE.