“Jimmy,” mild mannered reporter Clark Kent said. “I’d like you to close your eyes for a moment.”
As the youth’s eyelids fell, a rush of wind poured in from nowhere. Upon opening his eyes, Jimmy saw Superman standing exactly where Mr. Kent had been a moment before, hands clamped heroically to his side and red cape buffeted by a wind that could not be otherwise felt on the fifth floor of the Daily Planet newsroom.
“Holy smokes, Superman!” Jimmy said, frantically searching left and and right. “Where’d Mr. Kent go?”
“He, uh,” Superman said, mouth twitching in a suspicious yet somehow heroic manner. “He had to finish the scoop about how he helped, uh, Superman defeat the KKK, Jimmy.”
“Gee, that’s swell.”
“And how, Jimmy,” Superman said, regaining his heroic composure even more heroically. “And how.”

The recent Jussie Smollett debacle (the actor few had ever heard of who faked a racially-motivated attack on himself) made one thing abundantly clear.

The demand for racism far exceeds the supply.

I’m not sure who said that, but the moment I heard that line, I realized just how true it is–at least here in the United States.

We should applaud how far we’ve come since June 10th, 1946, the day Superman first did battle with the KKK–more on that in a moment. We may still have racists–of all varieties–but it would be utter foolishness to not stop and cheer at the progress we’ve made toward realizing that pivotal creed this nation was built upon: that all men (and women!) are created equal with the God-given and unalienable rights of Life, Liberty, and the pursuit of Happiness (probably “property” was the meaning).

In 1946, Jim Crow laws, segregation, disenfranchisement of blacks were a fact of life. In 1946, the second incarnation of the KKK was waning, but could still claim tens of thousands of members. Today, in the United States, estimates of Klan membership vary between 3,000 to 8,000. Still way too high, but for a population of 323 million, we could do worse and have done a lot worse.

While, today, it is wonderful that the Klan and white supremacists are few and far between, it is sad that there is an obvious demand for racists in the media. Why? Do people want to hate haters for hate’s sake? Are folks looking for bigots to look down upon so they may feel superior?

I am certain this lusting for “authentic” hate crimes only encourages fraudsters like this Smollett fool. He wanted to play the victim and, instead of rooting out bigotry, he, himself, received the bigot-of-the-year award.

But back to 1946. Did you know, Superman played a big part in reducing the KKK membership? 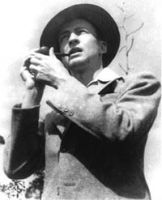 There once was a man named Stetson Kennedy. Unable to enter WWII due to a bad back, he decided to fight racial injustice. He infiltrated the Ku Klux Klan in Georgia and exposed its secrets to not only the world at large, but to the one man (er, alien) who could influence millions of children: Superman.

You can read more about this fascinating man here.

Stetson Kennedy approached the producers of the popular Adventures of Superman radio show and proposed a story line about Superman taking down the Klan. The result:  the secretive Clan of the Fiery Cross had set up in Metropolis and in 16 short episodes, Superman took them down.

But more importantly, it ridiculed the Klan in the popular imagination. Bedsheets and code words, that sort of silliness. I read that after the series aired, people would go to Klan meetings to mock them and utter exposed secret code words. Perhaps, but after listening to all 16 episodes, only episode 2 described a meeting with code words and rituals and even then it was short on detail. Still, there seems to be no doubt Superman did much good for truth, justice, and the American way.

You can watch/listen to the episodes here. You can also download the MP3s on Archive.org, but you have to scroll down to “Clan of the Fiery Cross.