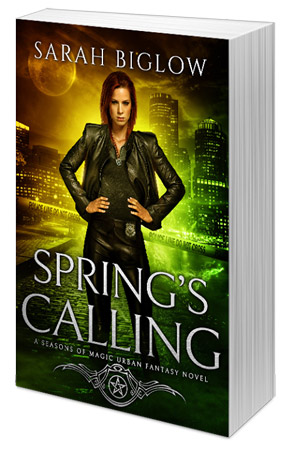 She told me it was “Urban Fantasy.”

I asked, what is that? I mean, why would anyone fantasize about living in a large urban environment? I’m not quite the anti-urbanite as Thomas Jefferson, but living in the rat race of a metropolitan bustle would drive me crazy. You’ve heard, I’m sure, of the study in which rats were forced to live in crowded conditions like them big-city dwellers—it ain’t pretty. Aggression, Ill manners, depression, illegally super-sized soda drinks—where was I going with this?

My friend, Sarah, writes Urban Fantasy. Since we’ve already sorted out what that is, let’s move on to the description: 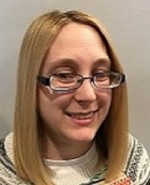 An ancient prophecy. A case steeped in dark magic. To protect the world and fulfill her destiny, one detective must reconcile her past in order to save the future.

Boston Police Detective Ezri Trenton wants nothing more than to do her job…and solve her mother’s murder. Faces from a past she had forsaken and an imminent dark power that only she can stop, however, push Ezri to rethink her self-imposed isolation.

From childhood, she was told she—and only she—was the prophetic Savior of the magical community. Now, just days before the Vernal Equinox, a time of balance between light and dark magic, the Order of Samael works ceaselessly in an effort to conjure ancient Druidic demons. Life as we know it is threatened and the time for the Savior has come.

Adding to her problems, Detective Ezri chases a phantom serial killer whose identity baffles the force. Can she stop him without revealing her magical secret, and what will solving this case reveal about her mother’s murderer?

As the clock ticks ever closer to the Equinox, Ezri Trenton must risk everything to become who she is and has always been. The Savior.

Buy it Now at: