Jethro, the Boxing Pop, and the Nazi Who Kinda Wasn’t a Nazi

The other day I had the horrible realization that I had failed in the most basic principle of child-rearing: instilling critical cultural knowledge within my children. I was shocked to learn that they had never heard of The Beverly Hillbillies.

Upon realizing my mistake, I fumbled for the Youtube app and played the theme song for them: “Listen to a story about a man named Jed…” The next day, we watched an episode. They loved it. 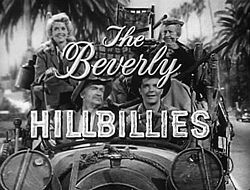 I was reminded of a conversation I had many years ago with a friend, Mr Ken, an elderly neighbor of ours whose antics and wealth of knowledge I’ll never forget even now six years after his passing. As an example of his antics, he told me he would often introduce his wife as “my first wife, Juanita.” As an example of his wealth of knowledge, he told me about a boxing match between Jethro Bodine’s real-life father, Max Baer Sr, and the German Max Schmeling.

In 1933, Adolf Hitler gained the chancellorship of Germany, and he saw Max Schmeling as representing the Nazis in boxing. In a very real sense, the boxing match between Jethro’s, I mean, Max Baer Jr’s father and Schmeling symbolized Jewry’s struggle against the Nazis. Max Baer Sr was a quarter Jewish.

But our story doesn’t end there lest you think Max Schmeling was a Nazi scumbag.

Mr. Ken (my good friend) went on to tell me about Schmeling and his matches with the black American Joe Louis.

Once again, the world saw the matches as the Nazis versus the free world. Long story short, Schmeling won in 1936 and Louis won in 1938. 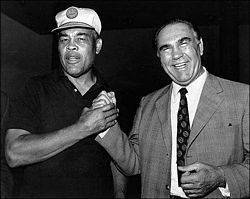 But as I have already mentioned, Schmeling was no Nazi scumbag. His coach was Jewish and Schmeling disobeyed a direct order by Hitler to fire him. After the war, it was learned that Schmeling personally hid two Jewish children in his house. And, also after the war, he and Joe Louis became good friends. (See image of Schmeling and Louis to the right) Schmeling even paid for Louis’ funeral in 1981.

Thank you, Mr. Ken, for instilling within me a love of history. I hope you will be proud that I have taught my children about Jed Clampett!