Mifune Toshiro (or if you read backwards, Toshiro Mifune) was my favorite Japanese actor in the 1990s. He played all the best samurai roles and had a long and rocky partnership with Akira Kurosawa (or if you read frontwards, Kurosawa Akira). [Note: I learned about Mifune Toshiro from a Japanese friend who taught me his name starting with the family name. I learned about Kurosawa from English sources who put the family name last, hence the confusion!] 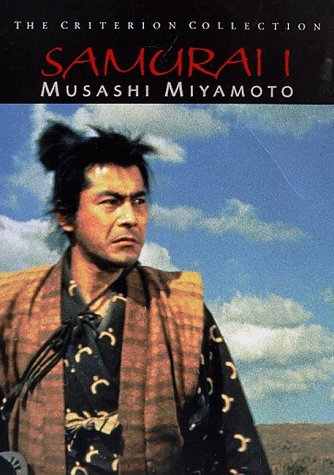 Tonight, I watched the first of Hiroshi Inagaki’s (no more comments about the order of names…) Samurai trilogy and here on Bluray. It has been over a decade since I last watched it. And it was great. Yes, the film is grainy on my UHD TV. The sound is so bad you have to turn it up way high to hear dialogue and then jab the remote a dozen times to shush it during the sudden battle scenes.

The three movies tell the life of Musashi Miyamoto (It’s hard writing it that way. I first heard about the legendary samurai Miyamoto Musashi. So confusing.) This first movie moves a samurai wannabe from a crying and impetuous man-child to a true, blue-blooded samurai embarking on his training that would result in him becoming the greatest samurai who ever lived.

If you haven’t watched it, it is worth the effort even if you have to keep the remote nearby. It is based on Eiji Yoshikawa’s novel Musashi (I’m actually reading his Taiko novel now). Here is the Japanese text that the first movie is based on.

So much I had forgotten… That made this rewatch so much the better.

Take the last scene for example.

Musashi has just spent three years studying theory as a prisoner of a funny but serious monk. Now he must embark on his real world training and he must do it alone. The problem is the girl who–well, you should just watch the movie–the girl spots him as he is trying to leave. They meet on the bridge leading out of the city. She begs him. He grunts. She begs more. He nods. She leaves for supplies and goodbyes. She looks over her shoulder. He nods. Another nod and she’s off to get the supplies.

She returns to the empty bridge. On the edge is carved:

Reading my telling sounds corny. Just watch Mifune and tell me that scene is corny. Of course, if you do spend two hours watching the movie and think the scene is corny, well, just ゆるしてたもれ.