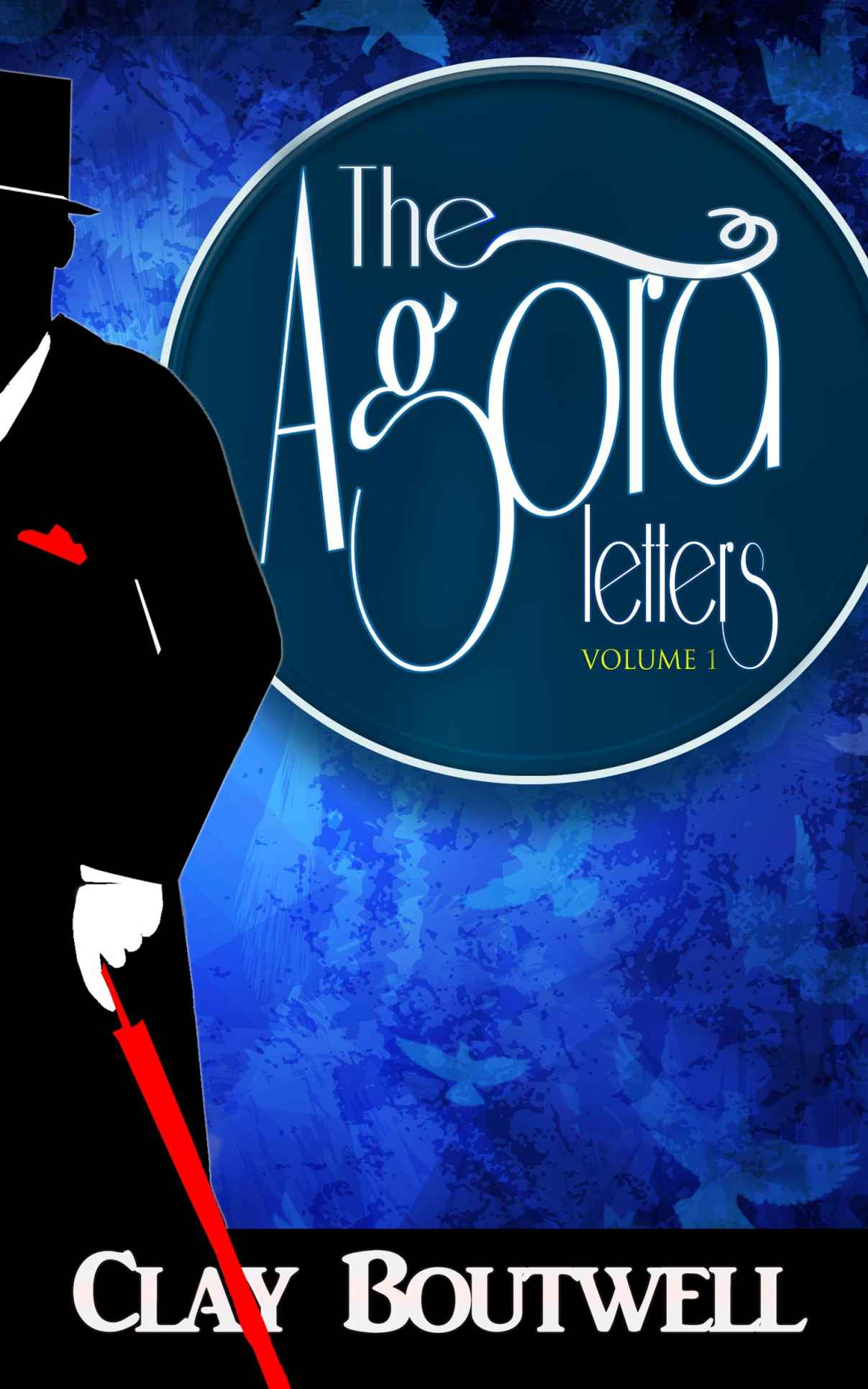 ” This series just keeps getting better – this is my favorite mystery so far. The writing flows nicely and again Mr. Boutwell paints vivid word pictures of another era. Lovely language and great mystery. ”

Do you love a mystery? Murder, Mayhem, and the Gentleman Detective? The Agora Letters has five smart and savvy mysteries that will keep you guessing.

—
Carl Brooke, a scholar of ancient near eastern languages, now spends his twilight years chronicling the adventures of his youth as a leading member of the Agora Society, a society dedicated to the betterment of man.

Fans of Sherlock Holmes or Hercule Poirot will enjoy Carl Brooke and his Agora Society in these five very different cases.

1) Two Tocks before Midnight
The Strange Affair of October 24th, 1859: When a flurry of forgeries appear in museums and among collectors, the members of the Agora, a society dedicated to the betterment of man, take it upon themselves to stop the rogues.

3) The Peace Party Massacre
Kidnapped! An honorable man has gone missing and his wife is not in the least helpful. The sheriff dithers and every day brings death closer to a reality.

4) The Curse of the Mad Sheik
Murder and intrigue abound. At the center of it all appears a mysterious sheik and his cursed ruby.

5) The Captain’s Play
Captain Barnwell, a long-time honorary member of the Agora Society, presents to the members a solved case one clue at a time. Three suspects. One murderer. Who is the murderer and why?

GET ALL FIVE STORIES IN ONE.