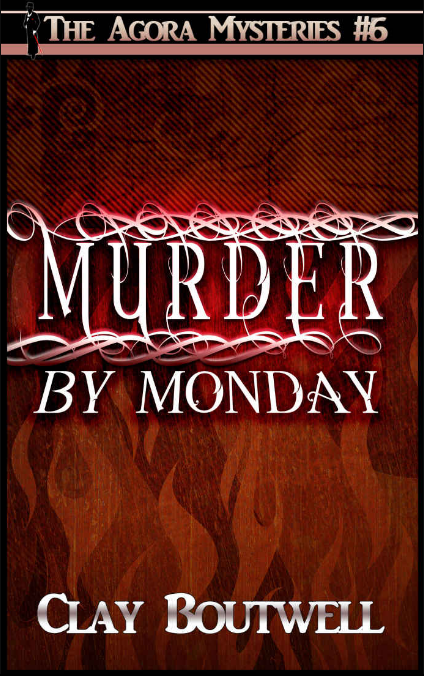 ” I simply loved this book. In the wonderful vein of the previous Agora Mystery stories, it blended the language, scenery, and customs of a long ago age with a delightful, clever mystery, as well as throwing in a twist or two! Well done, Mr. Boutwell. Keep ’em coming! ”

A childhood nemesis. A threat seemingly from beyond the grave. Murder by Monday…

A mysterious letter sends Carl Brooke and Rutherford Nordlinger off to the aid of a man who, accused of murder, is now threatened by the man he is said to have killed.

“Well, hello there,” I said with some relief. “I am so very
glad it is you.”
“Mr. Brooke,” Nordlinger said, smiling, “by the handle of
the revolver I see coming out of your pocket, it seems you
were expecting the devil instead.”
“Very close.” I motioned for him to enter. “Very close,
indeed.” I headed to the bureau, returning the weapon to its
proper place. “Do come in and have a seat.”

Each Agora mystery is a complete and standalone mystery; however, some readers prefer reading the stories in order. This is the sixth novella (about 20k words) in the Agora Series, the others being (in order): Two Tocks before Midnight, The Penitent Thief, The Peace Party Massacre, The Curse of the Mad Sheik, and The Captain’s Play